Abduction Details:
The Fort Lauderdale Police Department and The Florida Department of Law Enforcement have issued an Amber Alert for Brian Knowles (8). Florida Authorities are seeking a man who threatened suicide, dropped off his wife on Interstate 595 and drove off with their 8-year-old son.
Authorities are seeking Berlin Knowles, who is age 38, and who is driving a Silver 2006 GMC Envoy. He was last seen driving west on I-595 just west of Flamingo Road. The Florida Highway Patrol said he was armed with a knife.
Knowles began arguing with his wife sometime before 10:00 a.m. on Federal Highway in Fort Lauderdale. He drove off and the argument continued as the couple and their son drove down I-595, the highway patrol said.
Brian Knowles Amber Alert Details..
Click Here to get your AMBER Alert Digital Child Identification […]

Original post by scott@projectsafekids.org and software by Elliott Back 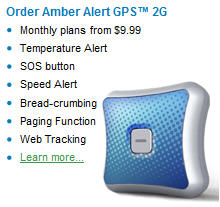