Child abuse is widespread; an epidemic. Although untold numbers of abused kids are losing their innocence and being forced leave their childhood well before their time, we forget that fact. Many of us donâ€™t even realize it. Here are some of the statistics. 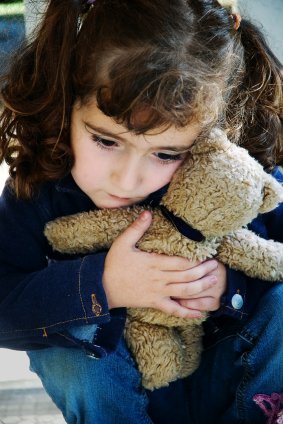 Child abuse is widespread; an epidemic. Although untold numbers of abused kids are losing their innocence and being forced leave their childhood well before their time, we forget that fact. Many of us don’t even realize it. The daily rigors of providing the necessities and a happy life for ourselves and families push painful thoughts of children of abuse to the far corners of our mind. What follows here are some hard to face facts. Many of which we never consider.

According to Childwelfare.gov, a service of the Children’s Bureau of the U.S. Department of Health and Human Services, each week child protective services agencies across the USA receive more than 50,000 reports of child neglect or abuse. In 2003, there were reports involving 5.5 million children. It is startling that 906,000, almost one-million children, were found to have been the victim of abuse or neglect. The most astonishing fact is that nearly 1,500 children, 44-percent being one-year-old or younger, died in 2003, the victims of abuse or neglect.

Certainly, the perpetrators of child abuse and neglect in their many forms are criminals; however, this particular group of crimes is different than any other. Unlike the adult victims of a robbery, car theft, even an assault, the child victim’s life is forever altered. As abuse is most often perpetrated by a family member or another person close to the family, the moment of the first incident is the life-changing moment. In an instant, innocence, trust and childhood are gone, forever.

From the first instance of abuse, the abused child may suffer social deficiencies, fall behind in school, or become involved in criminal behavior. The child gets to look forward to an adulthood in which the likelihood of drug abuse and incarceration is more likely to occur. The abused or neglected child is more likely to continue the cycle by committing the same crimes against his or her own children. Although the severity of the abuse and the age of the child have a great deal to do with the long-term effects, in every instance, the negative consequences are immediate. Without proper intervention from social service professionals, teachers, psychological counselors, and law enforcement personnel when required, much of the emotional and psychological damage will never be repaired.

Involvement from each member of a community is imperative to stopping this epidemic. That does not simply mean that people should keep an eye out for battered children; it means much more. People should learn to recognize the many symptoms that abused children may exhibit. They should also learn the patterns of behavior demonstrated by abusive parents. When a person, educated in the symptoms of abuse and neglect, sees those symptoms in conjunction with one another, they should feel confident in contacting a social service agency. It is important to remember that even though a concerned friend or neighbor may contact appropriate agencies, it is the agencies who make the final call on whether abuse is occurring or has occurred. It is not the responsibility of the person who initially voiced concern. That should make everyone feel better and not feel as if they are “meddling” when reporting suspected abuse.

Regarding the 2003 figures, of those people reporting suspected incidents of child abuse, over 50 percent were parents, neighbors, friends, anonymous sources and other, non-professional people. Concerned people who were not afraid to get involved and save the life and future of an innocent, vulnerable child.

If you want to learn more and change the future of one child and generations to come, visit www.childwelfare.gov. There is a wealth of information from identification of abuse to where to report instances. At least give them a look.

Alan Hammond is a criminal justice professional, writer and former educator. He can be reached in care of this publication or at ashwriting@insightbb.com.

Signs of Child Abuse
Children of Abuse: In Our Thoughts Daily
Comment