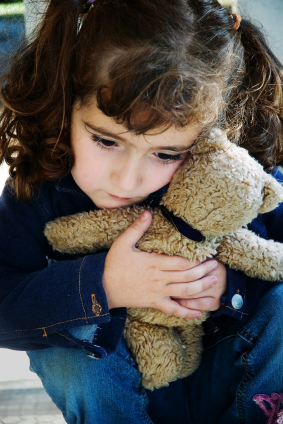 Emotional abuse is not only hurtful, it attacks and decimates a child’s self esteem. It is particularly damaging to the child’s sense of self worth and emotional development. A child who endures emotional abuse can experience long term effects that will carry over into adulthood. The most disturbing part of emotional abuse, though, is that it is very difficult to prove or even recognize. It does not leave bruises or visible scars like physical abuse does. However, there are ways to detect emotional child abuse,  and what actions you can take to stop it.

What is Emotional Abuse?

A pattern of behavior directed toward a child by an authority figure in the child’s life that attacks his or her emotional wellbeing is emotional abuse. When a parent or authority figure places unreasonable, excessive or impossible demands on the child, uses intimidation and aggressive methods or uses verbal attacks it can be considered emotional abuse. Verbal attacks may include belittling, rejecting, cruel teasing, constant criticism and insulting. In short, any attack that undermines that child’s self esteem is child abuse. Emotional abuse can also mean psychological or emotional neglect. When the parent or caregiver denies the child love, guidance or support, they are robbing that child of the ability to experience normal psychological growth and development.

The effects of emotional abuse can be devastating and difficult to reverse. The body mends, but when the mind, spirit or psychology is broken, it is a much longer and more difficult road to repair it. Emotional abuse impacts the child’s psychological, emotional, social and cognitive development. The effects may appear immediately and plague the child well into adulthood. Those effects can manifest in the child in some heartbreaking ways. Some common problems that may result from emotional abuse include:

These effects may occur in varying degrees, ranging from mild to self destructive. Sometimes, placing the child in a loving, supportive environment can rebuild what the emotional abuse has torn down, but quite often, professional psychiatric care is necessary.

While emotional abuse does not carry the bruises and scars that are hallmark indicators of typical abuse, there are ways to detect it. The indicators usually depend upon the age of the child, but one of the primary red flags is a child whose behavior is not consistent with his or her age. Some observable indicators of child emotional abuse include:

A child’s behavior can also be a strong indicator of abuse. Some telling behaviors include:

Family behaviors can also indicate emotional abuse. If you are in a position to observe the family, some red flags to look for are:

It is important to keep in mind, however, that isolated incidents do not necessarily indicate abuse. These behaviors can be attributed to traumatic events in the child’s life or something that upsets the child. The key factor in determining if the behavior indicates abuse is if there is a pattern of behavior. In that case, the tell tale signs should not be ignored and action should be taken.

Laws and Legislation
There are laws that protect children from abuse. Congress passed the Child Abuse Prevention and Treatment Act in 1974. The act provides states with financial assistance when they met federal standards. The act also increased the efforts by establishing the National Center for Child Abuse and Neglect. Every state in the country has laws in place that mandate certain professionals must report suspicions of child abuse. Teachers, doctors, counselors and school administrators are among those professionals who are required by law to make a report to a child protective agency when they suspect a child is being abused.

How you can Help
If a child comes to you and reports that they are being abused, proceed carefully so that you can best help the child.

Stay calm. Your first reaction may be to get angry. Don’t. Stay calm and try not to let your face register any shock, anger or disgust you may feel on the inside.

Avoid Denial. You may be tempted to deny what they child says, tell them that they must be mistaken. This is a big mistake. If you feel that you are going to deny what the child is telling you, just close your mouth and listen.

Be Reassuring. Give the child a safe place to speak, a place where they are not judges or criticized. Reassure them.

Do not Interrogate. Sit back and let the child talk. Stay away from leading questions or making statements about what happened. Just let them talk and you just listen.

Tell the Child that they did not do Anything Wrong. It is very difficult for a child to step up and tell someone that they have been abused. Let them know that you take what they said seriously and that it is not their fault.

Reporting child abuse can be difficult on a personal level. You may feel that you are “meddling” in someone else’s affairs, breaking up a family or disrupting people’s lives. However, by reporting suspected child abuse, you are making a difference in the life of a child. Sometimes we have to intervene to stop damaging and destructive behaviors that are being done to people who are weaker or have no voice, no power to stop it. When you step up and take action on behalf of a child in this position, you will not only make a difference in that child’s life, you may also touch the lives of all of the people involved.

If you suspect a child is in immediate danger contact law enforcement as soon as possible.

Biography
Stephanie Partridge is a freelance writer and photographer as well as a FOIA analyst for a federal agency in Washington, D.C. She is a single mom to Jeffery, 19; Micah Elizabeth, 17 and Benjamin, 15. She is also the author of the ebook, “Diet is a Dirty Word.”